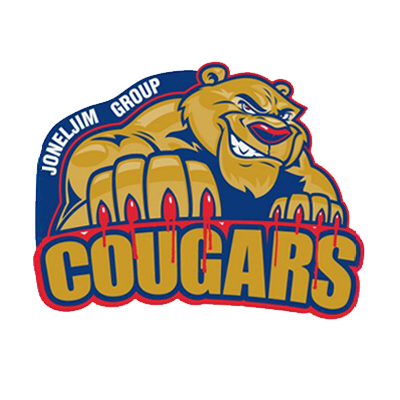 Yes our team loves to play the game. Yes we like to be successful on the ice. But this year our players took their success to an off ice event. They held a skip-a-thon to raise money for Christmas Daddies. Their efforts raised $2,645. How great is that. Thank you to the players, organizers and donors. Merry Christmas and Happy New Year. 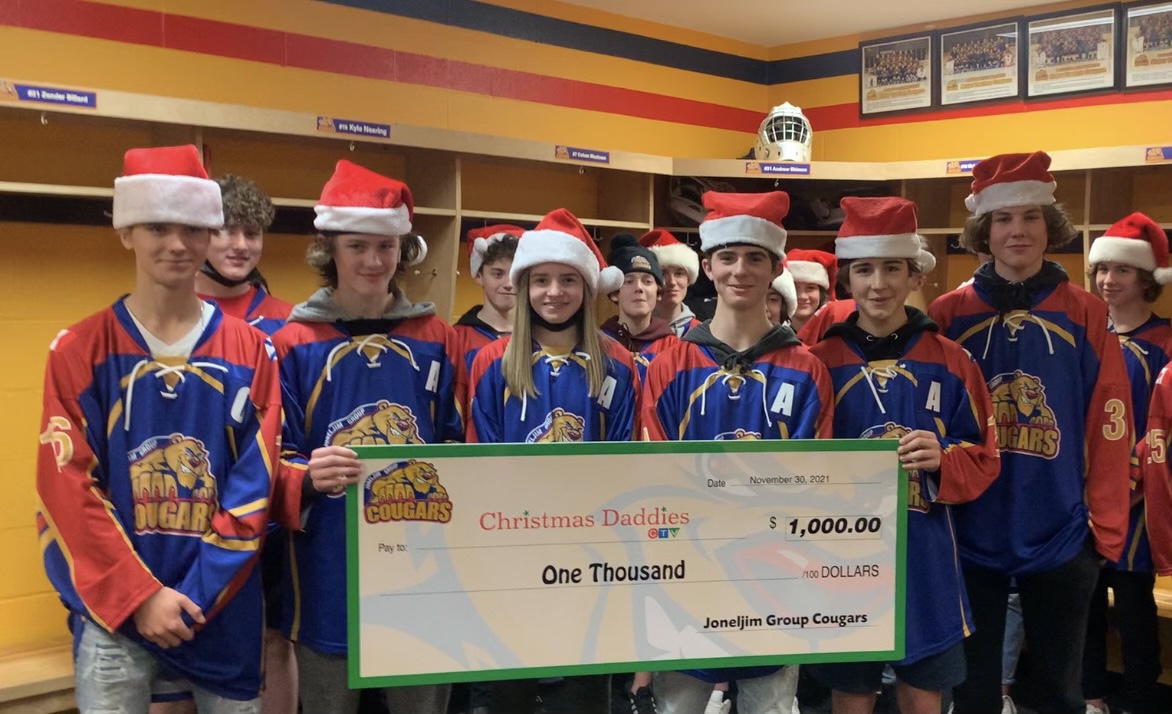 After suffering a 5-4 lose on Saturday to the Western Hurricanes, we bounced back with a 7-5 win over The Gulls lead by Pilling, Sinclair and Ford. Pilling had his 2nd hat-trick in three weeks and added 4 assists for a 7 point night. Sinclair also scored 7 points with 2 goals and 5 assists. Linemate Ford popped in a goal and 3 helpers as well for a 4 point night.

We trailed 4-3 heading into the 3rd period but outscored the Gulls 4-1 to claim the victory on Matthew Burke's game winning Power Play goal. A MacDonald added an apple. Stonehouse was solid between the pipes in a wide open game.

On Saturday we fell behind 5-1 early in the 3rd but fought back to make it 5-4,  only to come-up 1 goal short. Sinclair with 2 goals and 2 assists, Pilling with 1 goal and 3 helpers lead the scoring. Ford scored our 4th goal and Sudds added an apple. Stonehouse and Shimon shared the goaltending duties.

Cougars defeat Truro in Amherst 7-0 to even their record at 8-8.

After 16 games into the season we evened our record at 8-8 when Andrew Shimon kick out 19 shots to get the shutout. Rory Pilling with 5-points including a hat-trick lead the offense. Not too far behind was Luke Sinclair and Matthew Burke with 4 points each, including 3 assists each. Jesse Cathcart with his 1st goalie of the season and Brody Ford scored a goal apiece. Brody Dawson and Rory Mills both added 2 assists and Cole Murphy added an assist. 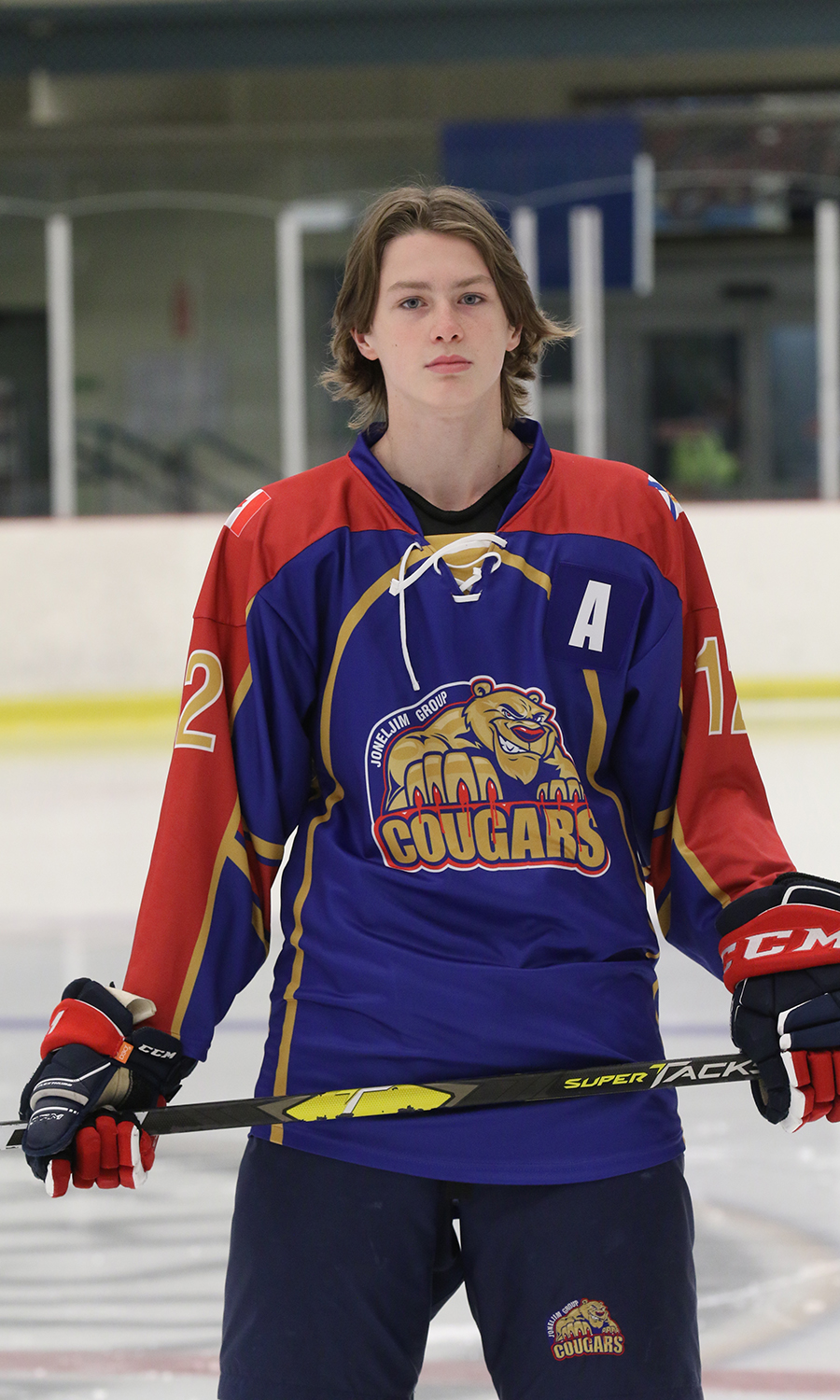 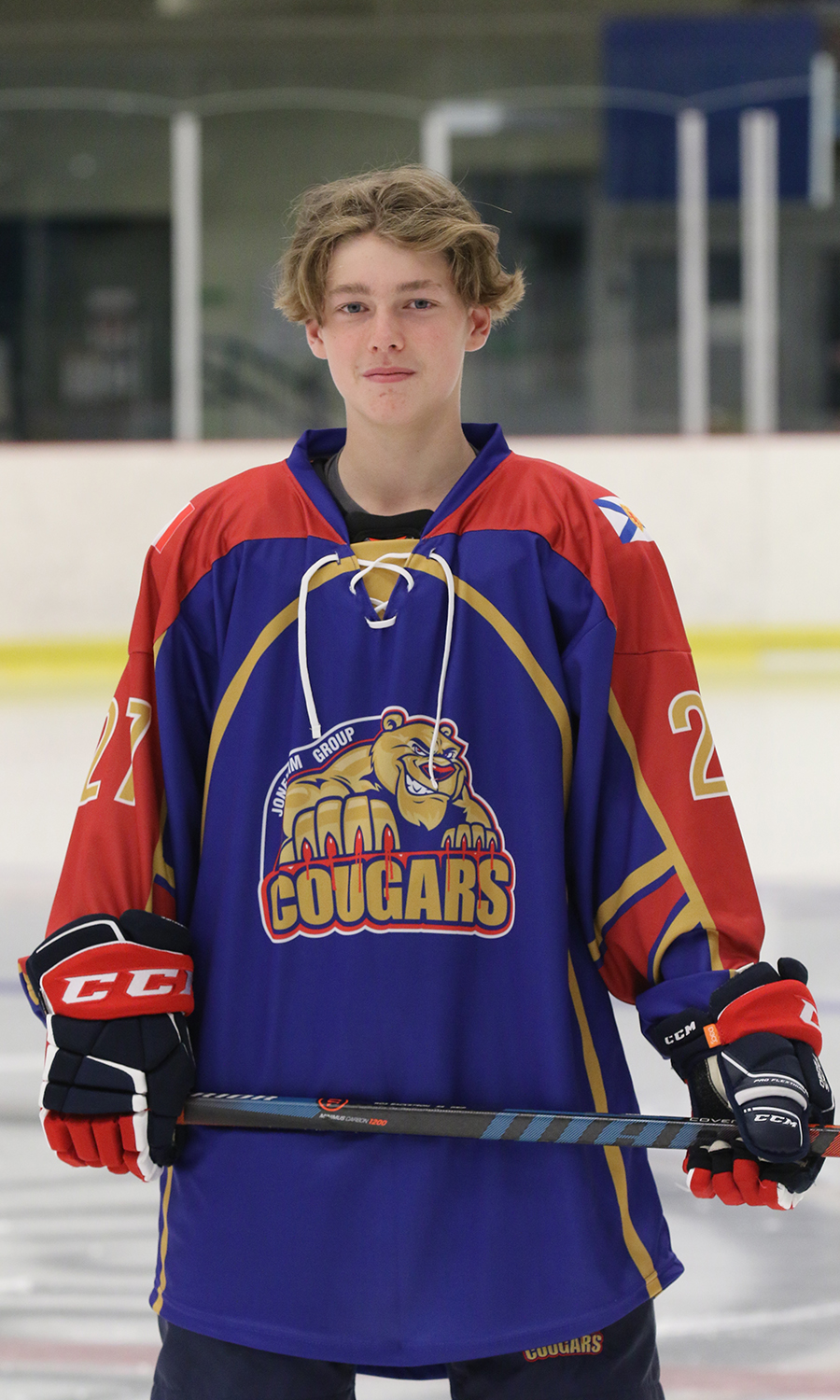 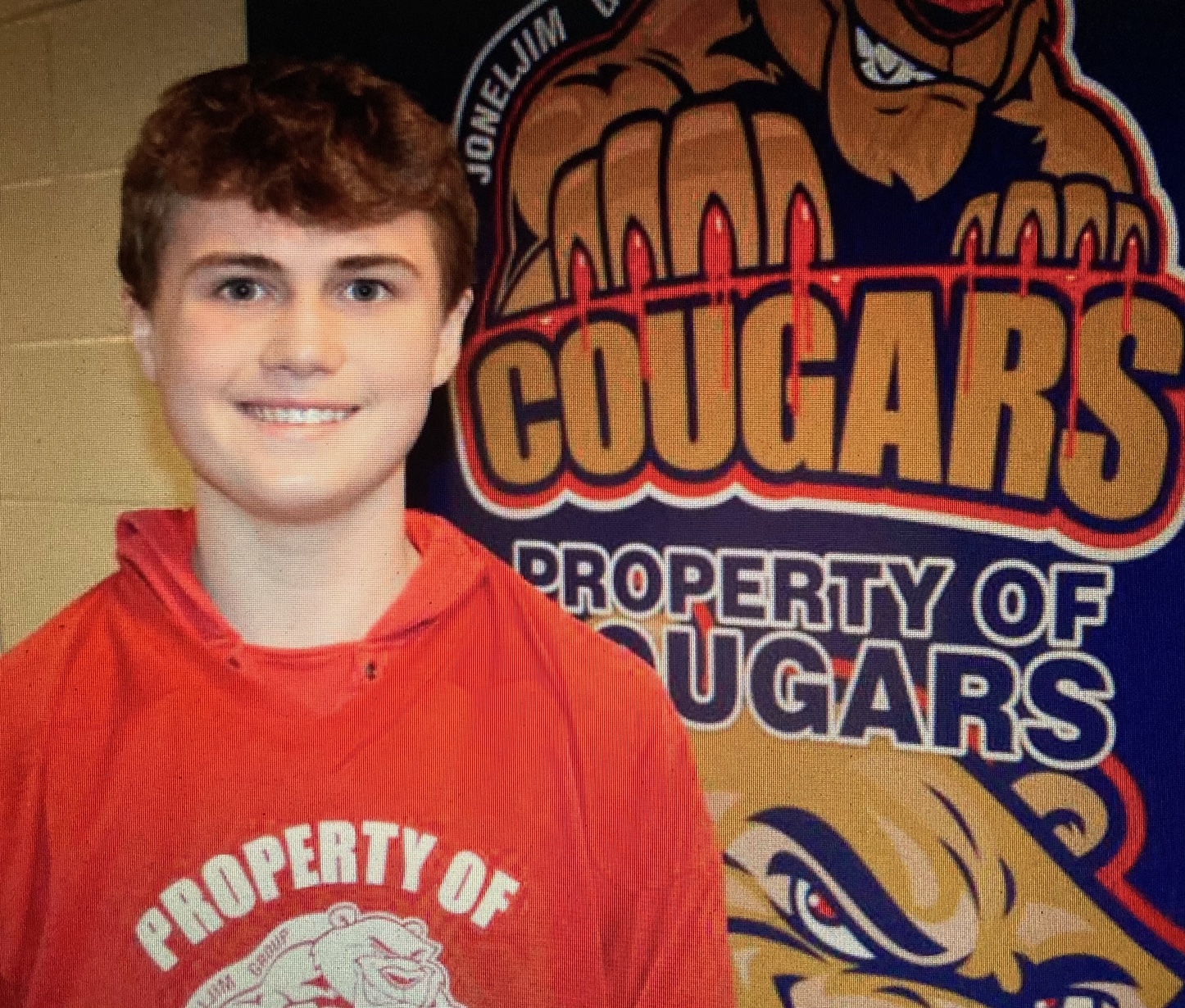 EDITORS NOTE: The change to this story is the cancellation of the Cougars' games against Bedford on Friday and Saturday. Both games have been rescheduled for next weekend. UPDATED: Friday, March 19 at 7 p.m.Keegan O’Neill doesn’t have to be told how important this weekend is for the Joneljim Cougars.

The Nova Scotia Under-15 Major Hockey League team is one point out of a playoff spot with four games remaining in the regular season, all in the comforts of the Emera Centre Northside in North Sydney.

Cape Breton’s lone league representative currently sits in ninth place in the 12-team league with a 9-11-1-0 record and 19 points.

Entering the final week, seven teams are battling to secure one of eight playoff spots.

Only four points separate the No. 5 seed Novas of Antigonish and the No. 11 seed Valley Wildcats with South Shore, Dartmouth, Halifax, the Cougars and Bedford in between with 21, 20 and 19 points respectively.

“It’s been a very close and competitive race this year — it’s been different from previous years,” said O’Neill, who enters the weekend leading the team with 10 goals and 21 points in 21 games.

“We have to be on our game every day in order to get wins and move up in the standings. Our team knows what we have to do, and we’ll be ready to play, for sure.”

HOLDING THEIR OWN FAITH

The North Sydney-based Cougars had the opportunity last weekend to help their cause but they dropped a 5-2 decision to the second-place Gulls of St. Margarets Bay on Sunday and lost 3-0 to the Rangers of East Hants on Saturday.

Cape Breton will open the weekend on Saturday night at 7:15 p.m. against the No. 6 seed South Shore Lumberjacks. They will also play Sunday at 11:15 a.m. against the WearWell Bombers of Pictou County. The Cougars were scheduled to play the No. 10 seed Bedford Blue Battalion Barons on Friday and Saturday, however, due to weather conditons, those games were rescheduled for next weekend in North Sydney.

O’Neill, 14, admits the team hasn’t played four games in one weekend during the regular season before but he believes his teammates will prepare themselves for the challenge.

“After Friday’s game, we will have to get home quick, have a bite to eat and rest up. We have to be ready to play this weekend — our season counts on it.”

O’Neill, a Glace Bay native, isn’t the only player providing offence for the Cougars this season.

Tyler Seymour is second on the team in points (19) with nine goals, while Rory Pilling has 17 points including five goals, and Hudson Clarke has 16 points with nine markers.

Last season, the No. 11 seed Cougars posted one of the biggest upsets in league history, knocking off the No. 2 seed Gulls in the first-round of the league playoffs, advancing to the provincial championship in Antigonish — which ultimately was cancelled due to the COVID-19 pandemic.

At the time, the Cougars had made league history with the series win becoming the lowest seed to ever win a playoff series, according to data dating back to the 2012-13 season.

Seven players from the 2019-20 team are still playing with the Cougars, which is a bonus according to O’Neill.

“We’re going to try to lead the way,” said O’Neill, noting the team was an underdog during the 2019-20 campaign.

“We have the experience from last year’s playoff run and we have to set an example for the younger guys and show them that hard work pays off — we need that hard work from everyone this weekend.”

The No. 8 seed Halifax Wolverines will play the last place Pro Hockey Life Harbour Storm of Cole Harbour Wednesday night at Cole Harbour Place. The Cougars have two games in hand on Halifax against Bedford.

O’Neill isn’t focused on what other teams have to do, but rather he is looking at what his team can control themselves.

“We have to think about our team first and let the rest all play out,” said O’Neill. “All we have to focus on right now is winning games and if we do that we should be able to get a playoff spot.”

The Cape Breton Post contacted Cougars head coach Brandon Syms for comment but was unable to immediately reach him at press time.

No playoff information has yet been released by the league but the top eight teams are expected to begin their respective playoff series' sometime next week.

Seymour lead the offense on Sunday when the captain scored 2 goals and set up 4 others. After going up 6 nothing, the Novas fight back to make it 6-3, but the Cougars answered back with 5 straight to finish the score 11-3. Landon McIsaac scored a hat-trick, Reynolds added two, while O'Neill, Cameron, Clarke and MacIntosh added one apiece. Rookie Pilling added 3 assists and Brooklyn MacNeil and Brown pitched in with an assist each. Bresson kicked out 29-32 to pick up the win.

On Saturday, Clarke fired home both goals in a 2-1 goaltending duel and Stonehouse earned the win with 30 saves. Seymour, Pilling and Cameron added an assist each. It was a great 4 - point weekend for the team as they play in a shortened season due to COVID-19. The Cougars hit the road this weekend as they play Halifax on Saturday and then Truro on the way home on Sunday.

On Masters Sunday, Bresson was MASTERful in a 3-2 win over Halifax. 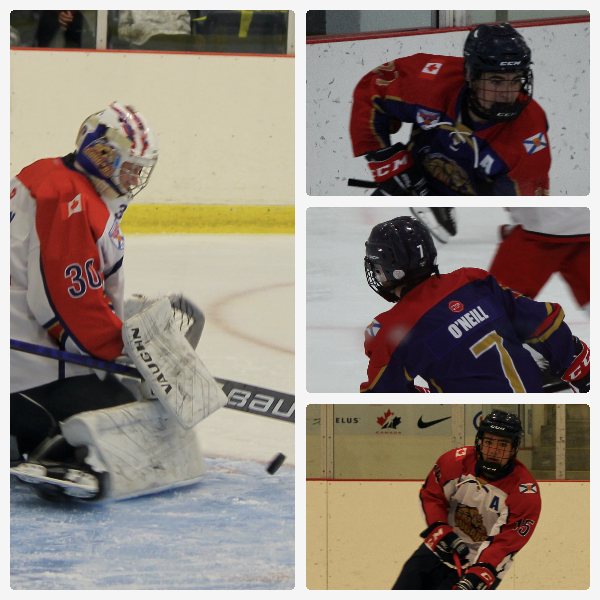 Veteran Owen Bresson led the Cougars to a 4 pt weekend when he kicked out 46 of 48 shots on Sunday and 32 of 35 on Saturday. On Sunday the Cougars were in penalty trouble early and gave Halifax 6 power plays throughout the game. Our penaly kill did not allow a goal, plus they scored a shorted goal in the 3rd period to tie the game and send it to overtime.

After falling behind 1-0 in the 2nd, Young scored 56 seconds later to tie the game at 1-1. Clarke picked up an assist. After falling behind 2-1 in the 1st minute of the 3rd, Saturday night's hero O'Neill scored a short-handed goal to tie the score 2-2. Sinclair and Brown picked up an apple each on the play. The play went back and forth for the final 10 minutes, but neither team could end it.

In O/T Clarke played the hero when he stole a puck deep in the Halifax endzone and made no mistake as he deked the goaltender and slid the puck into the net. After this weekend the Cougars sit at 7-3 for the year, good for 3rd place in the standings. Next weekend the Cougars are on the road to play the Wearwell Bombers on Saturday and The Nova's on Sunday.